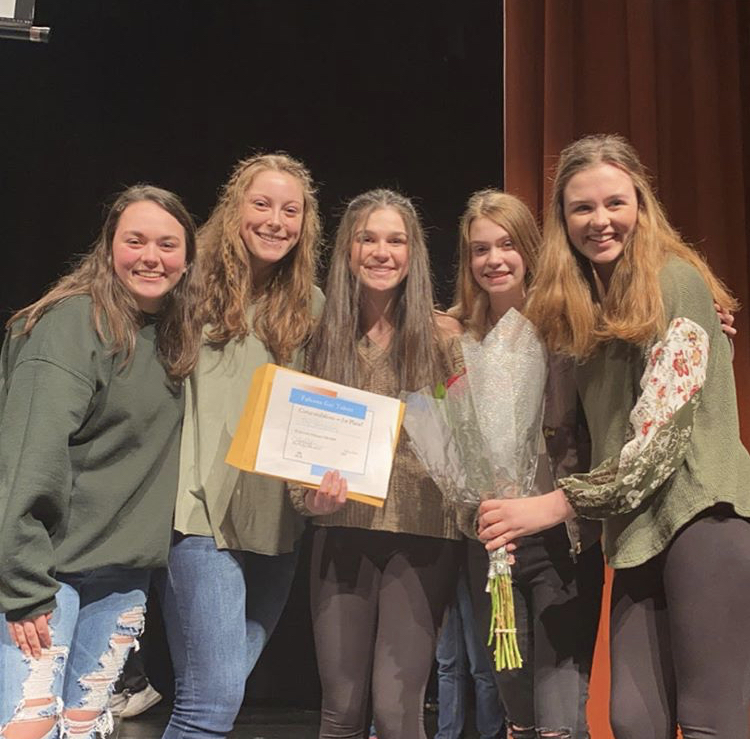 Twelve performers amazed the packed auditorium of fellow peers and staff at Falcon’s Got Talent this past Wednesday. With a suspense-filled introduction by the student council and host Mario Vines, the show was off to a great start. To keep true to the shows’ namesake, America’s Got Talent, a judge’s table was set up with five judges to comment on their thoughts after each performance. The judges panel was made up of five teachers: Mr. Burcak, Mr. Eddinger, Ms. Fortier, Mr. Kosbob, and Ms. Noselli. The judges gave helpful commentary on each performance as they admired the many talents.

The show began with a returning performance from last year’s first place winners, the Platform Loafers. They began the show with a surge of energy through an energetic performance of the popular song, YMCA. This was the first of many great acts to come. The Platform Loafers were followed shortly after by the yo-yo specialist Gavin Varner. Varner kept the audience on the edge of their seat with tricks on the yo-yo that never seemed to get old. Students following Varner were able to show a variety of their talents through performances that ranged from singing to solving complex math problems to the decimal.

One vocalist act that blew the audience away was The Melodies. The singers, Mackenzie Cunnane, Dorey Heyer, Anna Osborne, Carly Ratcliffe, and Alyssa Vanlandingham, sang their harmonized take of “Elastic Heart” by Sia. Their performance showcased the talent of each singer individually and brought together their skills as a group. The Melodies are a successful acapella group, with some internet fame, and the audience recognized their talent when the time for voting came around.

The Student Council conducted voting in a way similar to America’s Got Talent. A number appeared on the screen for voters to text in their choice for first place. Within minutes results were in and the names of the top three acts were written on awards. Coming in third place was Destinee Saccoh, a singer who impressed the audience with a performance of “Titanium.” Runner up was reigning champions of last year’s show, The Platform Loafers, and the Melodies took the first place spot with a majority of the votes.

“They were really good and I’m glad that they won because their voice blended really well together,” said Briar Woods junior Aditi Garg.

Each winner was presented with a cash prize; first place received a $100 Visa gift card, second place received $50, and third place received $25. This annual show proved to be a great success once again and the student population can look forward to more showcasing of talents in the years to come. 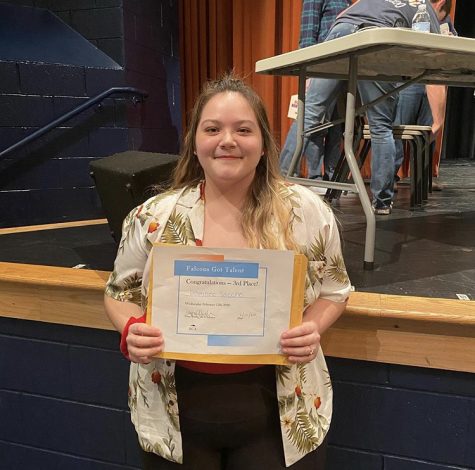