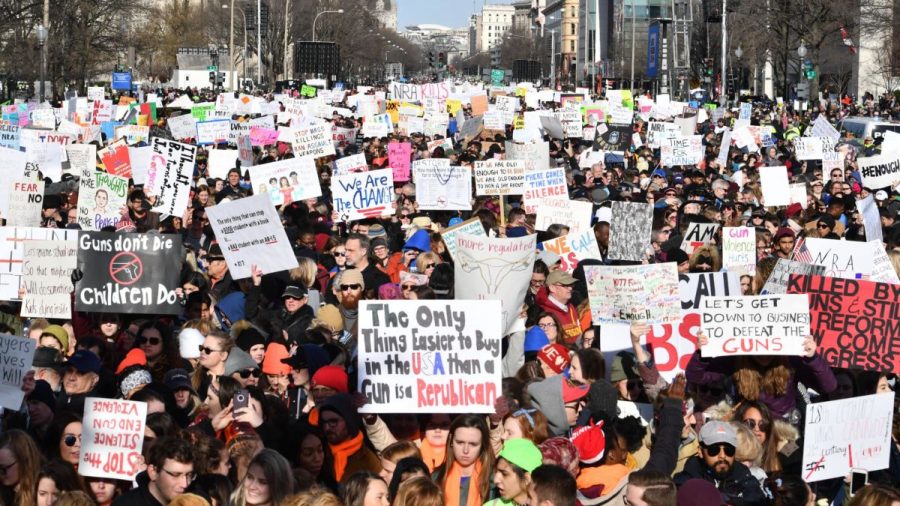 This year, Fairfax County Public Schools became the first district to permit students one excused absence per year to participate in any “civic engagement activity”, as defined by FCPS spokesperson Lucy Caldwell.

From March For Our Lives to the various climate strikes sparked by Greta Thunberg, a wave of student-led activism has taken the country by storm in these past few years. This is not the first time students have been a part of creating change. From Tiananmen Square to Vietnam War protests, students have always been unafraid to utilize their voices to make an impact.

Fairfax County has decided to take a major step in furthering students’ abilities to voice their beliefs. This policy will go into effect on January 27 of this year, allowing students in grades 7-12 to exercise their right to protest, given they have provided signed permission and evidence that they attended.

Ryan McElveen, an FCPS board member, proposed the policy after noting the interest in student activism and the significance of their location in relation to Washington, D.C., as it provides ample opportunities for students to actively participate. “Public education in the United States was founded on the belief that we need to raise our young people to be productive citizens and give back to society,” McElveen says. “This is just one way that they can learn the skills that they will need to use later in life, whether it’s lobbying a legislator, or making their voice heard through a protest.”

While the policy has received some backlash from conservatives who believe that this is another example of schools indulging the more liberal student population, the district has emphasized its broad, all-encompassing language. “We wrote [it] so that it would be completely neutral and that students from all walks of life could participate,” McElveen told NPR.

As the largest school district in Virginia with around 188,000 students, FCPS has paved the way for other school systems that may also be looking for a way to engage students amidst the rise of student activism around the country. LCPS has yet to take a stance on FCPS’s decision; however, it may be the next county to adopt a similar policy, as we never know what the future may hold.