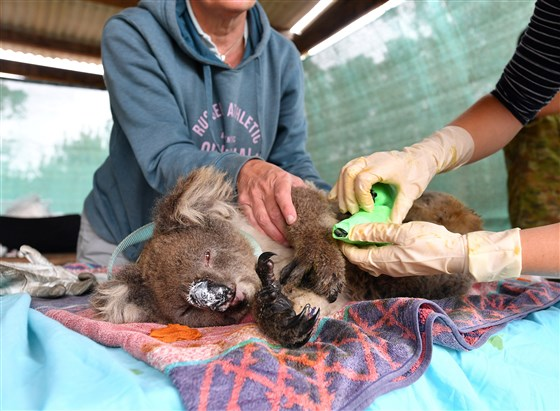 Since the beginning of August 2019, Australia has been enduring its most severe bushfire season they’ve experienced since 2009. Over the last six months, an estimated 26 million acres of land and 5,900 buildings, about 2,000 of which were homes, have been destroyed. In addition to the physical damage, the consequences humans and animals face continue to increase.

The fires have impacted the entire Australian continent, killing 28 people as of January 8, 2020. According to University of Sydney’s estimate, over one billion mammals, birds, and reptiles — some exclusive to Australia — have been killed or affected by the tragedies as well. The flames are getting so out of hand that the smoke is beginning to affect the air quality in New Zealand and parts of Argentina, according to WMO spokeswoman Clare Nullis.

In an NBC interview, veterinary officer Garnett Hall states that the veterinary hospital he works for has received over 60 injured koalas, of the 300,000 total that have been killed or injured. Hall described one koala’s burns as being “like a very severe burn in a human who walked across hot coals.” In total, about one-third of Australia’s koala population have died along with staggering amounts of the kangaroo population on Australia’s Kangaroo Island.

Brave firefighters from around the world and citizens of Australia are trekking into the scorched lands to save as many    injured animals as possible and bring them to facilities where they can be rehabilitated, despite the great risk they are putting themselves in. Many foundations and celebrities are also spreading awareness about this travesty through donations, volunteer work, and social media, such as PETA and WWF Australia.

If you are able to donate to those suffering in Australia, please click any of the following links: