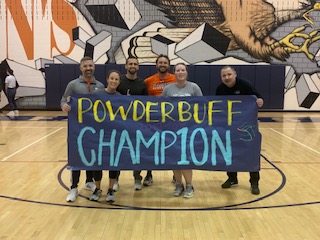 The Powder Buff, similar to the Powder Puff, is a gender swap game of a particular sport. During advisory period on November 20, 2019, Junior and Senior male students competed in a thirty minute volleyball game. The winner would then compete against a faculty team, for bragging rights.

As the student body shuffled into the crowded main gym, the game started off. Juniors lead with a four point advantage over the Seniors. Over the next ten minutes, Seniors pulled through and won the match 17-14.

Seniors then went on to compete against the faculty team, where they weren’t having as easy a time with their victories. The faculty were a resilient and experienced team. When the teachers had an eight point lead on the Seniors, Juniors joined in to double the size of the team in hopes of triumph. During the last two minutes of the game, the students scored three final points, but ended in a humble loss to the faculty, who won 15-7. 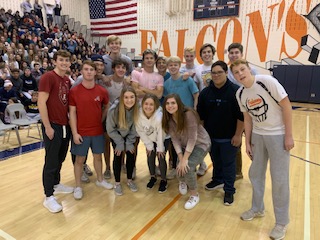 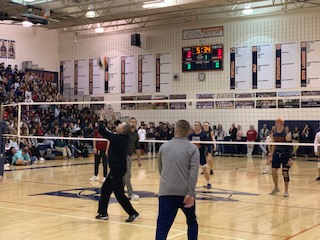 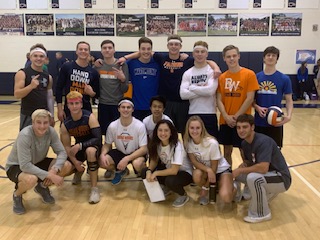 The band played lively music that entertained the crowd, including the opening song to the 2019 hit movie “Joker” and some common band songs such as “Word Up”. This event left all students full of energy, Seniors holding on to their win against the Juniors, and staff prideful of their athletic representatives.