Battle of The Bums 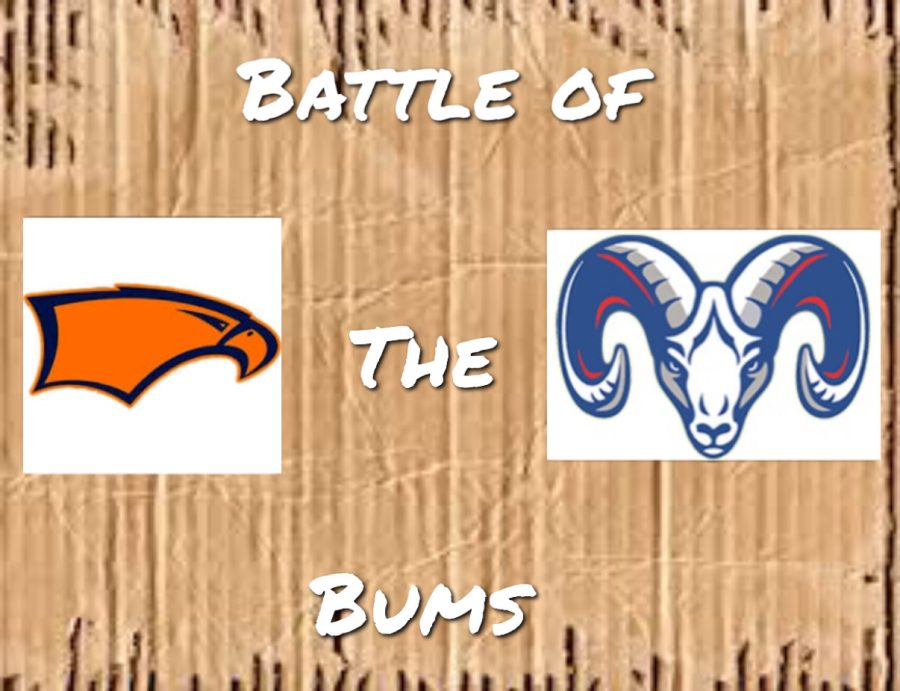 Usually one of the most hyped games of the year would be between two high quality teams, this time, it’s different…

The Briar Woods Falcons and Riverside Rams are set to play their final games of the season against each other on October 28th. Why is that so important? It’s because both teams are winless and desperate to not go 0-10, with the addition of being the laughing stock of Loudoun County. No one would have thought either were going to be so bad as they are now. The now infamous game has even earned its own nickname: “The Battle of The Bums.” Hard to believe there is hype, but here we are. The anticipation around this game is the most both teams have had in awhile.

The two teams have struggled mightily this year on defense. With the addition of lackluster star power on both sides, the upcoming meeting is set up to be a high scoring game. As both teams are winless, there shouldn’t be any surprise if it ends up being 7-0 by the end of the game. For the schools, there is no clear cut winner, which is why fan bases are excited. Students are making their own merchandise. The Nest [Briar woods Field] is preparing to host a sellout crowd for both home and away teams. Hype videos posted all over social media are advertising this game as a can’t miss. A new rivalry has appeared, but for the strangest reasons.

Riverside students aren’t worried at all about losing. One student even said he thought the game “is about to be a cake walk [because they] already know [they] are the better team… [there] shouldn’t even be a debate on who wins.” He went on to say he was “surprised this is considered a hype game when it’s about to be lopsided.” After hearing what Riverside students have said, Briar students retaliated saying they “shouldn’t be so sure about this game. They have a lot of confidence for a team without a win. I know we don’t have a win either, but they are a little too cocky. We have better talent than them, so this should be a walk in the park for us.”

As the season comes to an end, both teams hope this is a one and done type of game. But that seems unlikely. We may just see more “battles of the bums” with other schools in Loudoun.