What To Know About Texas’ Voter Restriction Law 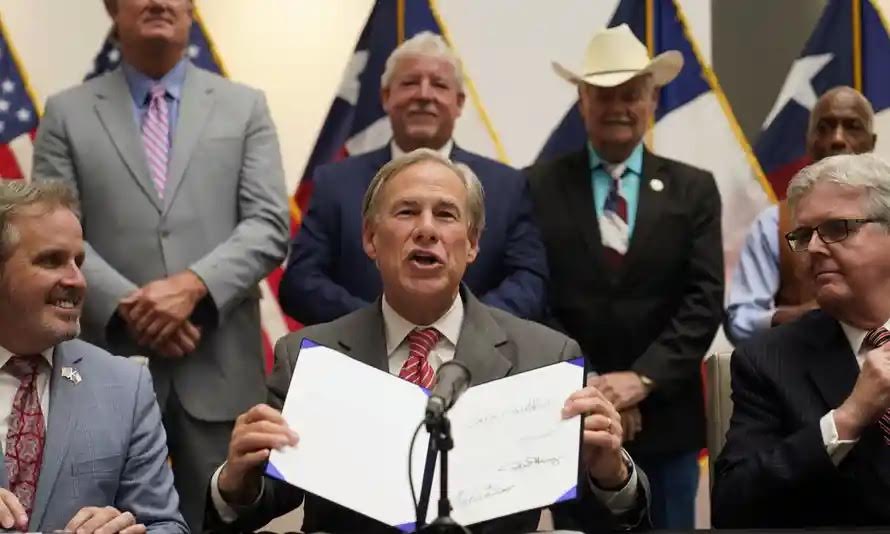 On Tuesday, with a simple stroke of a pen, Governor Greg Abbott signed a new and controversial voter restriction bill into law. The legislation, named SB 1, is the latest in a series of laws restricting voting in red states. These types of legislation have come up after widespread allegations of voter fraud during the 2020 Presidential election. SB 1 has been the subject of much debate over the summer, causing Texas Democrats from their House of Representatives to flee the state in an attempt to stall voting on the bill, which requires at least 100 representatives in attendance for the vote. However, ultimately, under threat of arrest, enough Democrats returned to Texas to allow a vote on SB 1 to take place.

According to CBS News, this new law ends 24-hour polling sites, adds more ID requirements to vote by mail, bans drive-thru voting, and requires the government to search for non-citizens to remove from voter rolls. While opponents of this bill claim that Texas Republicans are attempting to disenfranchise minority and disabled voters, who typically vote Democrat, supporters claim that these are common-sense laws that ensure the safety and validity of elections.

Students from Briar Woods High School voiced their opinions on this voting law, one that sets a new precedent in America’s history of voting rights. “In theory, there are advantages to laws like these in order to eliminate fraud, but with the state of the electoral process as it is, what I’m expecting really is just the elimination of voting rights for certain minorities,” said Parth Chaudhary, a junior. “Especially with the more low-key things like ID and mail-ins, we need to make sure everyone has the resources to actually get IDs, especially in lower class areas. I think with the right resources dealt to the right people, maybe a plan like this can work. But I’m yet to see that happen,” Chaudhary continues. Meanwhile, an anonymous junior had some slightly different thoughts, saying, “To be honest, I don’t have a problem with most of what’s in it. My main [issue] is that it is obviously very partisan involved. Slightly tighter voting rules are fine, but it gets [sketchy] when there’s a party agenda involved. Grey areas and doubts are naturally formed in terms of extra monitoring of polling stations. If Trump had won again [in 2020] with supposed Russian interference, I could see the other side wanting similar things on a lesser scale.” While these Briar Woods students seem to disagree on their exact opinions of the law, they both seem to acknowledge that the legislature is very party-motivated, contrary to Texas Republican claims that it is simply a measure aimed at ensuring more secure elections.

There have already been many reactions to this controversial new law, including, according to BBC News, three federal lawsuits filed by minority and disability rights groups. These lawsuits aim to prevent SB 1 from actually taking effect in Texas, on the grounds that it infringes the federal Voting Rights Act. Even the Vice President, Kamala Harris, came out in opposition to the law on Twitter, claiming that it is “one of the most restrictive in the nation” and “limits the options that enabled a historic number of Texans, especially citizens of color, to vote safely in our last election.” She further called upon the US Senate to pass several federal legislations that would nullify SB 1.

Regardless of one’s opinion on the law, it seems that SB 1 is controversial and may further encourage the current trend of red states passing voter restriction laws in response to their unsubstantiated claims that voter fraud in the 2020 election caused the defeat of former Republican President Donald Trump. This law could just be the beginning of a new shift in voting rights in the United States of America.