The Revolutionary Technique of Cloud Seeding 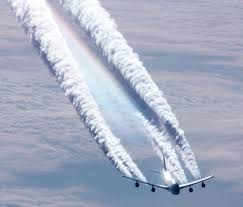 About 3% of the world’s water is drinkable, but only 1.2% of it is accessible. The rest is locked up in ice caps, glaciers, and aquifers trapped deep underground. Additionally, around the globe, about 3% of the global land mass is suffering from drought. And with rising desertification and greenhouse gas rates, cloud seeding is being used more often than ever.

Cloud seeding is an innovative technique that has helped sustain the ecology of water deprived areas for the past few years. Developed by William J. Scheafer, Cloud seeding is a process of releasing a substance – usually silver iodide or dry ice – into clouds. Silver iodide combined with dry ice creates a similar crystal structure to the ice crystals formed in clouds, making the silver iodide capable of replacing the ice crystals. With this technique, scientists are able to control the frequency of precipitation, help revert dehydrated areas to once again flourishing environments, and diminish water consumption problems that plague the world.

By determining how much silver iodide is released into the air, pilots can either release more silver iodide if they want more rain, or they can release less. There are endless possibilities toward the use of cloud seeding. Others include being able to provide information on natural disasters, such as hurricanes and floods. Also, cloud seeding allows scientists to create similar ideas and inventions toward weather forecasting and predictability. In the near future, geologists expect the revolutionary technique to change other aspects of the weather such as wind and humidity levels.

But there are some drawbacks to using cloud seeding technology, especially when used excessively. Cloud seeding uses chemicals that are potentially harmful toward the environment, which leads to phosphorus buildup, which causes excess algae to form in water sources. It may also cause floods if not positioned properly over dry areas. Cloud seeding is to be specifically used on dry and arid land, since it serves as a catalyst for large amounts of rainfall instead of a moderate rain. But overall, the pros outweigh the cons for the benefit of the human and natural environment.

Cloud seeding may have some initial drawbacks, but its potential to bring water to arid deserts, providing a source of hydration, is limitless. Cloud seeding may be the key to a future teeming with not just water, but life.