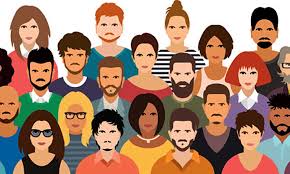 That’s what life has become. Is it pessimistic to consider it all an act? Or is it harsh realism? Am I allowed to hate the life I’m given if it feels like it’s not mine.

There are multiple categories of people. They can be broken down into three simple groups; dreamers, realists, and bruisers. Now depending on who you are, you might see things differently. The world goes round on the axis of opinions and self-preservation. Bruisers and realists understand this best. While all three groups have varied personalities, likes, and dislikes, within each division, there is a thread binding them together. Dreamers generally think the same, realists generally think the same, and bruisers also generally think the same, and each walks a different path to a different destiny. Realists feel no need for fluff, bruisers feel no need to wait, and dreamers feel no need to stop. Realists see the world for what it is, bruisers see the world for what they can take from it, and dreamers see nothing but the sky: the limits it doesn’t provide.

Bruisers are the ones who dominate. They aren’t afraid to step on toes; actually, they thrive on it. They see no need for apologies. They feel as if they are entitled to anything and everything. Like the sun shines from where it definitely doesn’t, and they get first pick on the merry go round of money. High quality, drama queens, spoiled brats, grow money trees in their backyards, type of people. They are selfish and manipulative and will break their mothers back if it means they can step up the food chain ladder. While they aren’t always the nicest to be around, they work for most of what they have. They don’t play fair, but life isn’t fair, and they keep that under their belts to throw in people’s faces later on. They are the best at winning in the competitive game of living.

Dreamers are the ones who smile in the face of inevitability. Nothing is inevitable to them but their own success. They don’t accept no, and they always collect 200. They find the hope in themselves, and they help whoever they can. Hoping that others can also find that same hopefulness and live to the fullest as well. They fall in love with the little things but never take the big things for granted. Their smiles are worth a thousand words and always genuine. It’s easy to assume that they’ve had everything handed to them simply because they have so much. But that’s not always the case. They might have grown up being told no or maybe not. But they never let others’ words or actions stop them from fulfilling their dreams. They hold their heads high and reject sleep until the stars are in their hands. These people are the happiest. Genuinely. They can smile honestly.

Now, realists. These guys are difficult. They have this power to see the worst in any good situation. And they have this cynically strenuous boulder set up between them and the rest of the world. They have these ginormous guts filled with everything they want and need, but they have even bigger heads. Filled with pride and enormous egos that prevent them from admitting that they’re in pain or feel anything at all. Rejection, failure, disappointment, loneliness. These are things that are extremely terrifying for them. So they wear a facade and pretend to let things roll off their shoulders. They keep on this nonchalant mask and say they’re fine. Although, deep down inside their shoes, their socks are sliding off. They see the world as a battlefield and the survival of the fittest. A boiling pot of pain and self-preservation (more than borderlining selfishness) is all they can see. They see themselves as intelligent people in an idiotic world. Realists are their own worst critics: never genuinely happy because they’re never genuinely satisfied or understood. They beat themselves down by constantly telling themselves certain things are impossible or that the entire world is against them.

Although it seems people are all on separate planes, it’s not exactly true. In the end, everyone needs each other. Dreamers need friends to ground them, realists need companions to galvanize them, and bruisers need partners to awaken them. We all need someone to show us what we’re missing. Dreamers can show realists how to believe in themselves and bruisers to value life outside of competition. Realists can help dreamers realize that the stars won’t always align and bruisers realize they aren’t walking deities. Bruisers knock dreamers out of their hippy-like “life’s sunshine and rainbows”, mindset and realist out of their “maybe if I stand very still time will stop” lifestyle. The world thrives as a union. To exist fulfillingly and make it to where “the sea pours into the stars”; as EDEN would say, they need to be able to say what they feel and mean what they say. We have to be able to hold serendipity in our hands and dare someone to take it from us. But some of us can never do it alone. Matter a fact, we shouldn’t have to.